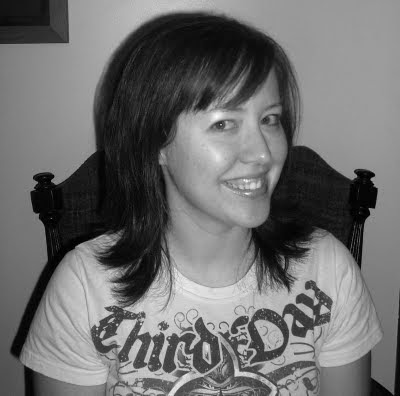 My daughter gave me permission to blog about this day November 28...nine years ago. I even talked her into letting me put a recent photo here. (Yes, I ask permission. I am nice like that...uh huh.)

On November 28, 2000 my daughter had been in college for a few months. I even remember what I was doing at that moment- showing someone how to put toner in a printer.

Someone in the room told me there was a phone call for me...but they said it quietly. Maybe it was because they spoke quietly or maybe it's mom esp, but I knew it was not going to be a "good" call.

When I put the telephone to my ear, I expected the worse. The voice I heard was my only daughter. She said something like this, "Mom I rolled my car. I've had a wreck." I asked her where she was. She told me she was sitting alongside her car, and that the ambulance was there and would take her to the hospital but... she would not go until I got there.

Miracles. Traveling not too far behind her, that day, was a young man who had gone to the same school, who lived in the same town. He was a first responder. He responded.

She was borrowing his phone. Her cell phone had rolled with the car. He had dialed it for her. Then it was his turn. He was on the cell phone telling me the witnesses said she had not been traveling fast. I guess that mattered to him. He told me where the accident had happened.

I remember that day, that moment when I arrived "on the scene". It wasn't hard to find. There had to have been 20 or more cars parked alongside the road. I pulled my convertible behind one of them and thanked God that she had not been driving my car that day.

When I got out of the car, I didn't think my legs would carry me. I couldn't see my daughter or the car- there were so many people. As I walked across the highway, the people parted like...picture the red sea in the Bible. They all turned to watch me. I heard them say -mostly whisper, "That's her mother." and "Is that her mother?".

I first saw the car and when I did sobs tried to surface from deep in my chest and I felt like I couldn't breathe. But I had to stop those sobs stay calm for my little girl. But how could a car be so flat and a young girl be so alive?

And then I saw my precious daughter. Her face was cut and bruised. Her knee was cut and bloody...and sure enough she was sitting by her car and the EMT's were waiting for me to arrive before she would let them load her.

My daughter said a lot things that day that didn't make sense to me... like she rolled up her window to get out.

She said she kept trying to figure out how to flip her car back up on the road.

She told the EMT's she couldn't go to the hospital until I got to the scene of the accident.

Oh and one more thing, she said (but this made sense). She told me that as she was rolling over and over her body and head were being assaulted by the car. She cried out to God. She. Cried. Out. To. God. Suddenly, she felt hands hold her against the back of the car seat as the car finished its rolling. I believe in miracles, because I have experienced them.

She had a knot on her head.

She had a black eye.

She had several stitches in the gaping cut on her knee.

And she had PTSD for years...and maybe still- a little bit. It is a traumatic thing to roll a car. 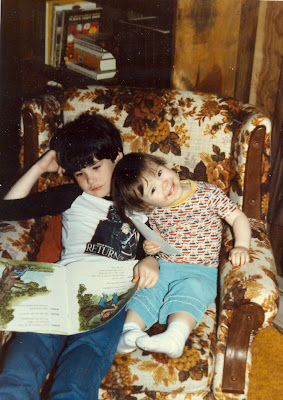 During this season of gratitude, I can't even express the thankfulness in my heart for my children. My son. My daughter. Like most parents, I feel they are my shining stars. 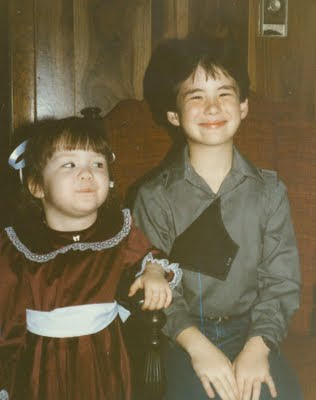 That daughter of mine has always had a great attitude...attitude that helped her heal from her car accident and attitude that probably sustained her through years of graduate school. Attitude that told her not to give up until she got that doctorate in psychology. 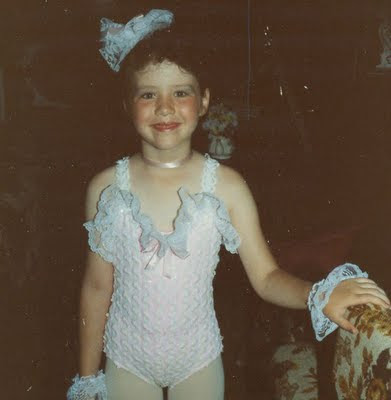 Even though she said she wanted to be a ballerina or a paleontologist.

Our mother-daughter relationship has evolved into a friendship. She has become my best friend. Who would have thought it?

There are times, however, when she still wants me to be her mother. And I am happy to oblige.