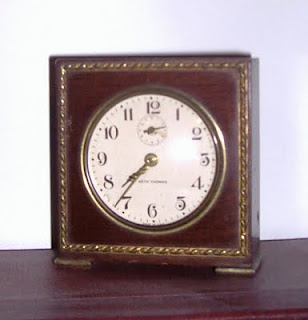 I get too attached…to my gadgets.
I didn’t want to get rid of my bag phone even though it was hard to stuff in my purse. I like clunky VHS tapes and when my good VCR died I nearly had a meltdown.
I know, I know I am a technology person…well I have a technology type job and should embrace new technology. But you know what? Technology changes so fast that I find myself not finished with the old relationships. Do you see how it is? I like long hugs. It's like embracing the moment only it's embracing the electronic gadget. I know that sounds…well…weird. Now, don’t read anything into that do you hear?

For two weeks, I overslept every morning. I kept thinking, what's going on? Am I that tired? Am I going deaf? Am I slowly being poisoned? (Remember my imagination?) Finally, I realized my alarm clock was not going off as scheduled. It was not doing its “gentle” reminder to wake me.

Sometimes it takes me a minute or... two hundred to catch on. 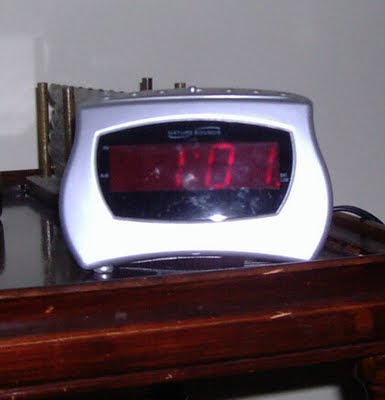 My old alarm clock (see above photo with fingerprint smudges) started off with a gentle sounding beep… beep and then progressed louder and louder until I hit the snooze, which I hit three times before getting up. Now isn’t that nice? Isn’t that polite? Don’t you just want to invite such a clock into your bedroom? It was kind of like my sweet momma waking me when I was a kid. She would call up the stairs, “Get up kids, it’s time to get up,” in a soft but projected voice. Then I would just lie there (because I am a no good for nothing….) and then a few minutes later she would ever so gently increase her volume, kind of like beep beep --only in words. She was a good alarm clock. 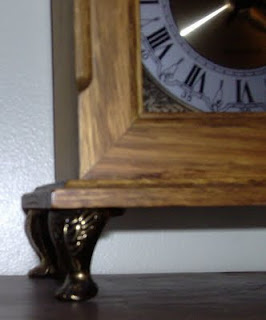 This year at Thanksgiving dinner, I asked her to come live with me and cook for me, cuz I never cook for myself anymore. She smiled sweetly. I could see her worried eyes and her mind churning, “Is my baby not eating?” My mother is special like that. I had a feeling she was probably trying to think how she could put my hair in ringlets again. But then I digress. And I wonder why my family and friends have a hard time keeping up with my conversations.

I really loved, not liked, but loved my (2 year) old Timex alarm clock. I could choose if I wanted to wake up to music, gentle beeps or other sounds. It also, (and isn’t this sweet?), would lull me to sleep with various sounds like night noises, rain or a running brook. Of course this was a problem… water running… well you know…so I quit using that one.
One day the alarm just ceased to work. It’s tragic when they cease.

But I needed to find a new clock, and I had to find one fast. Becuz, my spare alarm clock sounds like nails on a chalkboard.

There are many choices in alarm clocks, one of which was very much like my old one. I passed on that one because the last one didn’t live very long. My feelings are if a gadget doesn’t last 20 or more years, like my Kenmore appliances, then it’s not for me.

So, I settled for one but HEY it doesn’t trust me to set the time… so it sets it all by itself…you know like the atomic clocks. But, it doesn’t say atomic on the box, but come on that’s what it is. Maybe that’s a registered name or something. 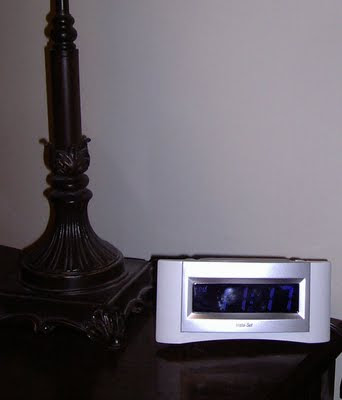