Perception and the Written Word 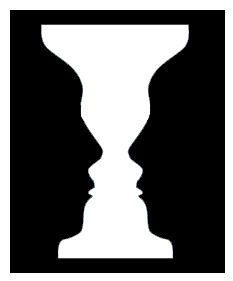 My daughter and I speak by way of telephone often. Our relationship, thus far, is as good as any mother's and daughter's. The other night, we were talking about her first teaching assignment for a university…to be taught in our rural area- which will be a great thing for our community.
During the conversation, she tells me that she will stay overnight with me when she teaches and then drive to work the next day from my house. Normally, when she tells me she is spending the night, I get all crazy with happiness and I don’t hide it. But during this conversation, I got quiet. Then I said something like, “I don’t like that you will be driving to work that far.” Then I said, (actually I think we both kind of said at the same time) that it would be better to drive to work the next day than home late at night. Then she told me, she wondered why I suddenly got quiet since I am always happy when she stays the night.

From her viewpoint, she thought I had grown quiet because I had a problem with her staying the night. But, my thoughts were on her travelling.

Sometimes when I write, what I am trying to say may not actually be what the reader comprehends. A good example of this was a few years ago when my dad and I took a writing course together (so much fun). We were to write a short story and then we were to read them during class. Mine was a story of suspense with a surprise ending. I read it. They listened. It ended. Some laughed. What? Why did they laugh? It wasn’t a comedy. In fact it was a story with suspense and mystery.

The instructor told me, “I can see that you were surprised that some people laughed.” He said, “You gave us the clues, but we didn’t see it coming. It surprised us. It was nervous laughter.” They didn’t think it was funny at all. But I thought, they thought it was a comedy.

Another good example is email. I communicate through email every day at my job helping people with their tech problems, talking to vendors and even word exchanges with bosses. Without inflection, how do they know what my email actually means? Is she upset with me? Is she being rude? It’s all in the words.

Commenting on blogs is another good example. I often wonder if my words are taken from a different viewpoint than I intended.

With comedy writing it's all about saying the right thing and about timing. Throw in a surprise or two and you have laughter.
I think mystery writing is about hiding the clues in plain sight so that when the ending comes your reader will be surprised, but not feel cheated out of the logic of getting to that point. I love it when a mystery writer fools me.
Words are tricky. There needs to be an order, a relationship between thought, usage, execution and timing. Put an idea out too soon and it doesn't work. 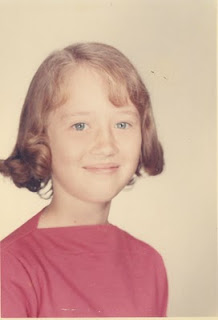 I have had a love affair with words for 101 years. Yes, I am a vampire... that doesn't like blood. I have written stories since I was 10 or 90-years old. My love for words is like my love for animals. I love them all. I was the only one I knew (or admitted anyway) in college and in graduate school that loved writing papers. I learned quickly to keep it to myself. I even get a kick out of technical writing. So you see, I have a problem.

Yes, that's me in 5th grade when my love for writing began. Don't you be laughing...vampires don't like to be laughed at.

Whether you are a reader or a writer or both, would you give me your thoughts on perception and the written word?