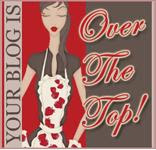 Mason Canyon from Thoughts in Progress has given me an award. Thank you so much. If you like books, if you like reading, if you like writing, if you like pretty then you must visit her blog. Her blog is VERY pretty. I am to mention her and then answer the following questions. I will pass on the award at a later date. Remember- my awards night...gown and black tie?

Questions:
Your Hair? - Curly
Your Favorite Food? - Chocolate
Your Hobby? - Many
Your Fear? - Spiders
Something You Aren't? -Successful
Where Did You Grow Up? - Missouri/Illinois
Your Life? - Good
Your Mood? - Monday
Your Favorite Color? - All


Why would anyone think killing parts of his or her family would be ok?

We have recently seen tragedy in Southern MO. Sometimes it is difficult to wrap your brain around such things.

A couple of weeks ago in a city to the east of me, a man allegedly tried to set up an employee to look like he had killed the man's wife. Don't know what went wrong with plan- if there was one. But the wife was brutally murdered and their 10-year-old son (I think that's his age) too by the husband and father. Only a younger son (still asleep) survived, if indeed you would want to call finding your mother murdered...surviving. The man was found in a nearby quarry. Apparently, he somehow shot himself while driving over the edge and into the water. Wow!

A couple of days ago - south, a man called the police and said two men with ski masks had broken into his home beat him up and then kidnapped their 8 month old baby boy. He had been unconscious then woke and called the police. Is anyone else ever suspicious of the ski mask thing? Why do people use this in their fake attacks. If they do, I get suspicious. Law enforcement searched everywhere for the little baby. Finally, the man told the police where the baby was located...and he was dead. 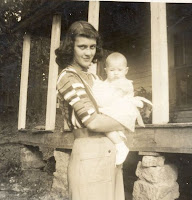 I had the best one hour phone call with my mom last week. You all know how I feel about her. If I have been a good mom, she is my source of inspiration. We don't live too far from each other and see each regularly, so I don't know why I talk so fast and hard when we talk on the phone.

During the conversation, she told me two things about my grandparents that I didn't know, that made me cry after we hung up ...not a delicate little cry but a blubbering- oh so ugly- cry.

First of all, I knew that my grandparents were way over the top in love with me when we lived with them for my first six months. This is not new information. What is new is that after we moved to Joliet, my grandparents grieved over me. One day, after returning to the house from milking, my grandpa said, "Sadie, we've lost our baby." They cried. They cried with broken hearts. (sigh) Also, I didn't know that my grandfather died two weeks after we moved. My grandma told me one time that grandpa died of a broken heart. I am pretty sure his heart disease was a huge factor, too.

Quote of the Week: "Life is too short to wake up in the morning with regrets. So love the people who treat you right, forget about the ones who don't and believe that everything happens for a reason. If you get a chance, take it. If it changes your life, let it. Nobody said that it'd be easy, they just promised it would be worth it." Author Unknown

Scripture of the Week: "The Lord bless you and keep you; the Lord make his face shine upon you and be gracious to you; the Lord turn his face toward you and give you peace." Numbers 6:24-26 (NIV)


Do you have a favorite quote or scripture?
Email Post
Labels: JW and Monday