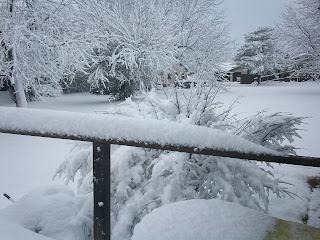 Can you believe it – another snow storm hit here last week? You can't? Well it did. And it snowed every day after that. Saturday was the first day it didn’t snow.
March is a transition month for me. I get hopeful that winter is ending as I daydream of spring and gardens.  Sometimes, I get a little ahead of myself and try wearing springish things while it’s still cold out. I get tempted to send my coats to the cleaners and all that. That’s the trouble I get into.
Saturday, my daughter invited me to a musical at the Juanita K. Hammons Hall for thePerforming Arts titled 100 Years of Broadway and created by Neil Berg. You heard me correctly, Broadway tunes in MO. It was two hours long, but felt like 15 minutes, if you know what I mean. So awesomely awesome.  Have I mentioned that I say awesome too much? And my daughter is sooooo good to me. She is awesome too. 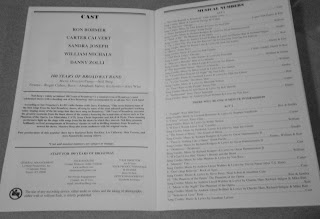 One of the cast members graduated Evangel University. ME TOO! I've heard that ALL the greats go there.
The show made me think how music and story are entwined. Maybe that’s why I like music playing when I write.
What does it mean if you recognize and know most of the words to the musical numbers?
I’m writing on…
…the Mona book, but it’s idling. Last week, I decided I didn’t want her mom to be everything a mom should be. AND, I’ve changed my mind on the killer which wouldn’t be revealed in the first book because there needs to be more mayhem. AND now I’m thinking, there’s something up with her dead dad.  So, I may toss the whole thing in the ole’ Niangua (river). I'm frustrated.
…the love (short) story. I have a market I want to try.
…a children’s story. I don’t know where it came from, but just popped into my head.  It’s about Imogene, her habits and her stuffed bear, well – in my mind the bear looks like my bear of whom I still own and love, but no longer sleep with.  I promise I don't. But, I wouldn’t tell you if I did, but I don’t. No really, not since last week.
That's it. That's all,except, It's going to be difficult working a full week, just so you know.
Email Post
Labels: JW Randomly Speaks