A Flock of Ill Omens: Part I by Hart Johnson 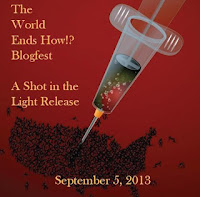 The world ends how? That is the question of the day for this blogfest which helps to announce Hart Johnson's newest book release, A Shot in the Light, Flock of Ill Omens: Part I.

I have no answer for that question because lately I'm only  thinking about bird flu and how we might be in big trouble. If you don't believe me, read on....

Deadliest virus in a century, or a social experiment gone awry?
Every year they warned about the flu and more often than not, it amounted to nothing. Sidney Knight, a young freelance reporter had certainly never written on it. But a trip to Lincoln City, Oregon cut short by a beach full of dead seagulls and a panicked warning from her brother the scientist catch her attention. This batch is different. Deadlier. And the vaccine doesn't seem to be helping. It almost looks like it's making it worse...
A Flock of Ill Omens: Part I is the first episode of A Shot in the Light, an Apocalypse Conspiracy Tale about what happens when people play God for fun and profit. There will be approximately ten episodes, each the equivalent of about 100 pages. 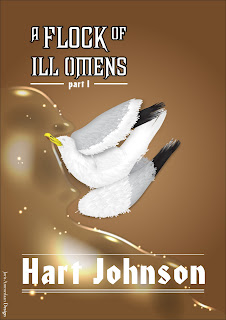 Good Reads has a sneak peak posted. You can find the purchase link and more information about the book here. And if you want it FOR FREE, Hart will be offering it free on the release dates of at least the next two in the serial: September 19 and October 10.


Hart Johnson writes books from her bathtub and can be found at Confessions of a Watery Tart, though be warned. She is likely to lead you into shenanigans.
Email Post
Labels: JW and a Blogfest JW's Friends