Thoughts that have nothing to do with the other. 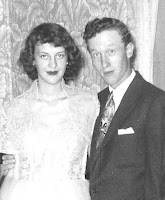 My awesome parents celebrated their 60th wedding anniversary last week. They are funny people and cute. I finally realized why I’m so awesome.

I think something happened to her at a grooming appointment. I have no evidence except for the condition she was returned to me in and the amount of time it took her to return to normal. There were other odd things, in the past, that didn’t add up, until that day. Millie is back to um—normal. You can take that as a good thing or….

Millie doesn’t understand other dogs. She doesn’t understand why they insist on smelling her butt. The only pack she wants to be a part of is mine. We’re a pack of two, I guess. However, she “thinks” she understands cats. The reality is that seventeen-year-old often-grouchy outdoor cat Kiki Dee likes Millie.

They met through glass. Their relationship advanced to sitting at the screen door, nose to nose. The next thing I know, Millie had taken the head of her decapitated giraffe, bounced it in the air, on her nose like a seal and off the glass at Kiki’s face. I don’t know, but I think, Millie was inviting Kiki to play.

Poor Millie doesn’t understand that Kiki could trim her chin hairs with one swipe and poke out her eyes for no good reason, if she felt like it.(Remember how Kiki chased me in the house and scratched my ankle, just because I took one picture of her?) Anyway, Kiki seems to like Millie and rubs against the glass and screen to prove it. The problem is that Millie thinks all cats love her, and in her yard she races with each one that passes by.

They don’t love her.

Imagine my panic when on her last potty run, the other night, actually it was almost dark, I see her staring out into the big yard. When I follow her gaze, I see a huge animal slinking along the ground with what looked like a white strip down it’s back.

Any normal dog would run to their master to please her, right? She ran the other way to get a closer look.

The animal stopped, turned toward me and took a few steps in my direction. I ran in the house to get a flashlight and shoes that I could run in and raced back outside.

What was that? I swear it was a skunkossum or perhaps a punk, something between a possum and a skunk. I shined my waning flashlight in its eyes and watched it watch me.

Millie got carried in the house.

Before I go, The Ruralhood has a new post. With summer nearly gone, I been thinking about how I spent summers as kid. Here’s what I came up with: Now when I was a kid…
Email Post
Labels: JW Randomly Speaks