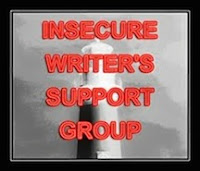 To join the IWSG monthly posting click on the image in the sidebar.

People hurt my feelings all the time. So I decided to look into why is everyone so mean?


I took my problem to Mr. Google and put my head upon his shoulder. While he goggled at me, Mr. Google googled “highly sensitive people”. Me? Sensitive? Then he handed me this article, 16 Habits of Highly Sensitive People by Amanda L. Chan. Did you know that one in five people are believe to possess this personality trait?
So MAYBE others ARE NOT (always) being mean to me. I’ll think about that later.
The first sentence of the article asks, “Do you feel like you reflect on things more than everyone else?” Who hasn’t told me I’m an over reflector? Well, actually, their word choice was over thinker.
Then I pondered, could this highly sensitive (HS) personality trait work for a writer (in a positive way), as in stroking the creative mind?

Are you interested? Follow me...
Being a highly sensitive person could assist the writer in that:
*We never have a problem coming up with feelings and emotions since HS people “feel deeply” and are “emotionally reactive” (#’s 1-2).
*We are “extremely detailed-oriented” (#7).  Stories must have details.
*We need more time to “make decisions” (# 5). This could mean we are more careful at self-editing. Well not me, but other writers. Be aware that this could also mean nitpicking our craft to death.
* We are "highly mannered" (#14). That’s me, over-the-top manners, except when I let go with an occasional outburst of inappropriateness. Although manners have nothing to do with writing, it could if you are the person who cannot say no to others and in the process give yourself less time to write.

However, being a highly sensitive person can contribute to self-sabotaging our craft (and life), in that:
*We take everything personally (think reviews, blog comments, Facebook). We might fixate on one negative opinion to twenty positives. Then criticism becomes “amplified”(#15). Is it just me or does it seem that criticism screams its ugly head off and praise only whispers it goodness?
*We don’t like “annoying sounds”(#11). If you’re a writer (or any creative mind) you may need QUIET. Plus don’t even think that we like the open concept office plan, because we don’t. We want to be tucked away somewhere safe.
What’s my point? If you are a highly sensitive person, recognize it, use it to make your writing even better. AND STOP BEING SO HARD ON YOURSELF. In your life you have plenty of people who are your cheerleaders. Focus on them, not on the others. And first and foremost, be your own cheerleader. I promise to do that, too.
Sincerely,
Teresa, aka a Highly Sensitive Person who likes to write which can hurt... .


P.S. Still unsure if you’re the one out of five highly sensitive people? Here’s a checklist by Dr. Elaine Aron. Read the entire article 16 Habits of Highly Sensitive People by Amanda L. Chan at the Huffington Post here.

P.S.S. Sorry this is so long.
Email Post
Labels: JW and IWSG JW on Writing