It's a Mystery Part II 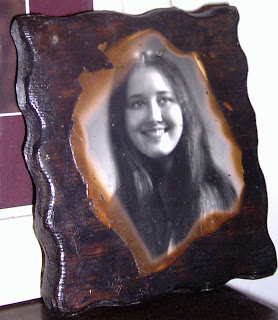 I won't ramble this Monday, I will finish my creepy story. If you haven't read the first part this will make little sense until you do, so you might want to catch up first.

It's a Mystery Part II

Some of the windows were not locked. One was still up, so I shut it.

“Maybe your brother is playing a joke on me." I told my daughter over the telephone. "We do have our jokesters in our family. I’ve got to call him.”

Dr. Lovely Daughter told me to call her back.

I called #1 Racer Son but my daughter-in-law answered.

I told her first of all not to think I'm crazy, and then I told her my concerns and said “Could it be that RS is playing a joke on me? I am hoping he did.” I confessed.

She said she didn’t think so, that she kept him pretty busy. She also said she would send him over to my house. They live around the corner.

Racer Son arrived shortly thereafter and (oddly enough) didn't let himself in with his key. Do you blame him, I mean really?? He just stood at the door and knocked.

By this time, I had turned every light on in my house and the outside lights too. So I asked him, face to face, if he had done this -turned the plaque backwards. I used my uncanny Mom lie detector- you know the one God gives you to catch your children lying-to see if he was telling me the truth. He was.

I was jabbering the whole time. Can’t remember what I said, but think it must have been about the whole episode.

As we walked into my bedroom, I pointed to the backwards plaque. It was an Edgar Allan Poe moment if I ever saw one.

I pointed again to the plaque. I told him, I was freaked out.

“Have you turned it back around?” He said eerily (like me).

As he said this, it seemed like everything was now in slow motion. It's funny what fear will do for you. “No, I don't want to, you can. But touch only the edges in case there are fingerprints.” (I have GOT to stop watching crime TV.)

I was dreading the reveal. Would it be marred? Would it be supernatural? (Just kidding) I was worried about what we might see.

But when he turned it over all we saw was my face, scary yes, but not out of the ordinary.

He asked "Who else has a key to your house?"

“You, your sister and your grandparents.” I told him “And I hide one in the ….” I quickly went to that location and brought in the key.

So like a good son, he checked out the house again. I followed. He checked all the windows. He hugged me twice.

We talked about who could have come in. Kids? Strangers? Was anything missing? I told him no.

I muttered something like, “Sometimes grandpa and I play tricks on each other. I'll call him.”

Then in a quiet voice, he said, “Mom, you know I sleepwalk. Maybe you did too.”

“I don’t sleepwalk,” I said. “I may have nightmares and talk in my sleep from time to time, but I do not sleepwalk.” I paused. “I would know.”

He asked me if I wanted to stay at their house that night, or borrow one of their dogs. He is such a good son.

He left and went home. I felt creeped out...you know suspicious and nervous and confused, but immediately, I called my Mom and asked her if Dad had played a joke on me. I said, “Please say he did.” Even though I knew he hadn’t.

Then I told her my story.

She asked me if it could have fallen off by itself.

Being the smartaleck that I am said, “Sure, if an earthquake happened here in Missouri, and then earthquaked it back up on the bookcase backwards.”

We laughed. She is good mom.

She told me I needed another dog. I told her I couldn’t right now, still thinking of China.

So how did my image get turned around? It is still a mystery.

I don't have a cat anymore. She didn't do it.

Did I sleepwalk....you know... in the middle of the night walk in the dark, knock nothing over but carefully pick up a piece of wood that is new to that location and flip it around backwards and then go back to bed? What? That just isn't me.

Am I losing my mind? I have been stressed more than usual, but I don't remember moving it.

Or did I have an intruder that only wanted to freak me out and took nothing? (Oh and I did check the underwear drawer, to make sure nothing was missing. What? That's what the crime shows do... check underwear.)

Tech Man from work said, “Maybe you have a ghost.”

REALLY, Tech Man, does that help JW’s state of mind in any way?

I am not making this up. This is a true story.
Things like this happen to me. It’s a mystery why.
Email Post
Labels: JW's Funny Days/Stupid Ways JW's Stories