One Christmas, the meaning of poor, and a girl named... 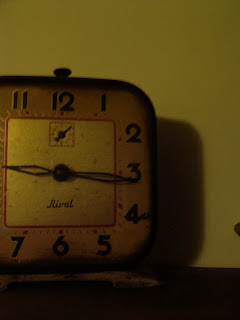 {Friday usually arrives and his mere presence cheers me. But, today I am feeling down. The China Cat is very sick and I am 99.9% sure she will not be living next Friday. So today I will write, from a measure of depression over China my furry friend. I often give you warnings on gross posts and scary posts; so be warned, don’t stay if you are in a good mood…it could possibly change hanging around me.}

Have you noticed that time passes? Sometimes it flies by and sometimes it tiptoes. Where skin was smooth it now folds. Where things were up, they now point down? You can’t remember what you need to remember, but remember everything that you would rather forget?

I’m not that old, but time has passed and with that passing has given me years of experience (with) and memories (of) stupid people. I’m sure you know a few, too. Here’s my story. Run while you can. Take your happy thoughts and run, dear friends. This is not a happy story.

It was my seventh grade year in school. The year before, I had attended a wonderful country school where everybody knew my name. But, along with several other schools, my beloved CS was consolidated. I would now attend a school in a town 28 miles away. This meant an hour of bus time twice a day.

Town girls were not always so nice, but neither were the CG’s…at times. We were just kids. But I remember one Christmas, the meaning of poor, and a girl named Gloria (not her real name).

It was early December and in our homeroom class we had to draw names…to give someone in our class a Christmas gift. Our names were written in perfect teacher cursive writing and put in a bowl. We passed the bowl, one student at a time, and chose a folded piece of paper with the name of another classmate. We were to keep that name top secret until the day of our class party where we would release our gift to that person and probably suffer the possible snickers and ridicule of our peers. We could not, the teacher had told us, swap names. (I tried my hardest to keep a low profile that year, not wanting to be noticed. I bloomed the next year, though.) When it was Gloria’s turn, I watched. She silently read it and with one blink, but without emotion, folded it to its original state and shoved it into the pocket of her dress.

We were told the spending limit was $5.

Gloria was poor. Many families in our area were poor, but Gloria was very poor. No one really knew how poor she was and most didn’t seem to care. Some of my classmates had to feel better about themselves, so they teased and ridiculed her. She had plenty to offer them. She wore the same dress 3 out of 5 days, which looked like it had been a hand me down from her grandmother. She wore shoes way too big and manly for her petite feet and tall features. She looked unwashed and didn’t smell good. Her hair was always plastered to her head. Gloria was shy and awkward and sad. As far as I could tell she had no friends. She read a lot and she made excellent grades. And the most I ever did to help her was to not join in with the harassment and occasionally smiled at her when no one was looking. That is until the Christmas party.

Two weeks later we celebrated with a Christmas party on the day before the school break began. I had drawn a boy’s name. I don’t remember what I bought him, but I had felt pretty proud of my choice. He didn’t like it. He thought it was stupid and said so. But it was Gloria that I was most worried about. She had unwrapped her gift carefully and with a hint joy on her face. She received perfume and soap. It was joke. But I saw a light in Gloria’s eyes that I had never seen before as she watched the girl whose name she had drawn. She had drawn the name of THE most popular girl in 7th grade. I felt the rumble of a train wreck coming down the track. I felt there would be no survivors.

The popular girl looked at the used wrapping paper around her gift and snickered. Then she opened it. I kid you not; Gloria’s eyes were almost twinkling. Inside was an embroidered purse heavy with beadwork. That’s all I remember about it, except that it was old and it was used. I looked at Gloria and I could tell she had given a treasure from her heart. She had given something she was proud of to the most popular girl in seventh grade.

The gift was not received well. Giggles exploded around the room. The teacher didn’t say anything, except “Quiet”. Gloria’s face flushed and she turned away from the girl… and the gift. The bell rang. The teacher said, “Have a Merry Christmas.”

Gloria ran out of the room.

I grabbed my bag and my purse to leave for the bus. But before I left I stopped and walked over to the popular girl and said “I think that’s all she had to give you, and you were mean.” Then I left.

I tried to say hi to Gloria, every day, after that. But I didn’t invite her to be my friend. She made an impression on me that Christmas, though. I can’t remember where I put my keys today, but I can remember clearly… first the happiness and then the pain in Gloria’s face that Christmas.