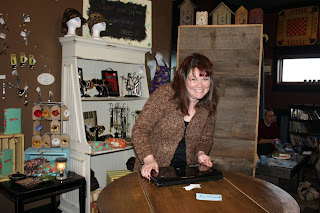 (Mary in character as Aubrey before a performance.)

Today, I am fipping out (yes I said fipping) because blogger friend, Mary Aalgaard is here on this week’s episode of Friday’s Interesting People.  Mary has a blog called Play Off the Page and if you’ve spent any time on her blog (or lurked) you may recall that she writes articles, teaches piano, is a playwright and a mom of four boys. But, why am I telling you this when we can hear from Mary herself.

Hey, Mary, thanks for coming by and agreeing to be one of my FIPs. Let’s talk about your writing first.

JW: What do you write?

Mary: I write articles for a local women’s magazine and a few other publications. I write reviews of plays for a couple theatres in the twin cities in Minnesota, as well as entertainment reviews from the area where I live. I also write plays. I love all the writing I do because I meet fascinating people, enjoy wonderful performances, and really stretch myself in all areas of writing.

JW: Since I read your blog regularly (or peek in your windows), I happen to know you’ve had a play produced. What does it feel like to see your own play in production?

Mary: Exhilarating! It was the highlight of my life. I felt like I was the conductor of a creative train, and more and more people jumped on board at each station. It truly was a life changing experience.

Mary: Ha ha ha ha (sorry, got distracted) Now, that it’s summer, I have no schedule. During the school year, I do most of my writing in the morning, often at coffee shops.

JW: What is the wackiest way an idea (for a play) has come to you?

Mary: I was in a meeting for a group called the Lakes Area Memory Awareness Advocates (LAMAA). They were planning a Forum on Alzheimer’s and dementia that included food. For some reason, I had the idea that “Buffet Line Confessions” would be a hilarious setting. Talked to a friend later who said, “You wouldn’t believe what people will talk about while waiting at the omelet station.”

JW: What are you working on right now?

Mary: Trying to find some creative space. However, two titles that have popped up are “Choir Loft Confessions” and “Kitchen Table Confessions.”

JW: As a piano teacher, how does your profession weave into your writing? Or does it?

Mary: They go together like lyrics and a fine melody. One is the rhythm, the other the notes. My students inspire me. I find that having an understanding of music helps me write my reviews, and I do have thoughts of working with kids on a show called “Piano Bench Confessions.”

JW: Ok, now I want to talk about your childhood. Did you have a dog, a cat or an imaginary friend?

Mary: All of the above. I grew up on a farm, so I liked hanging out in the barn and looking for the newborn kitties. We always had a dog. I had a whole crew of imaginary friends. They still talk to me!

Mary: At times a Loner which might seem strange because I’m from a big family, but I did like finding my own quiet space now and then. I have also been a Leader when it comes to performing and playing piano. The other title I claim is accompanist. And, there are times when I feel Shy, like in crowds and meeting lots of new people at one time.

Mary: I thought that just kids learned new things. That adults already knew how do stuff just because they’re older. Not at all true. You can be the kindergartner in a class or learn a new skill at any age.

JW: Because I’m known for random nonsense information, let me ask you, neat handwriting or I should have been a physician handwriting?

Mary: It’s not great, but readable. I tend to write too fast.

JW: Ok, imagine this: You are given a mission to set up housekeeping for 3 months. You may choose your location: camping on the moon, house under the sea or a space station. What will you chose and why.

Mary: Camping on the Moon. I suppose I’ll need some type of potion or device to breath up there. Since it’s made of cheese, I’ll pack plenty of crackers, and I’ll spend my days connecting the star dots. Maybe I’ll come up with new constellations.

Thanks, Mary, for coming by.

Here’s a little more about Mary: 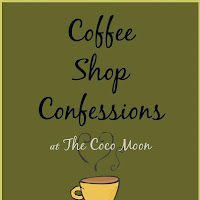 Mary is a playwright, writer, and piano teacher in the Brainerd lakes area of Minnesota. She has four sons, one cat named Leo, and many wonderful friends. Her blog, Play off the Page, is an inspirational blog where she also writes entertainment reviews. Her publicist, Krista Rolfzen Soukup, at Blue Cottage Agency, is the driving force in her play's success and in building up in her career, not to mention, she is a dear friend. Mary’s motto is: Go. Create. Inspire!
Be sure to go pop on over to Play Off The Page to say hello.

Do you, my friends, go to plays? Play the piano? Wish you were the star in a play?