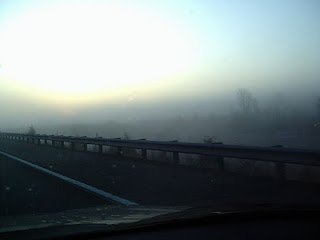 1. When traveling to a conference early in the morning, you should allow at least 30 minutes more than you had scheduled IF you are traveling in fog. 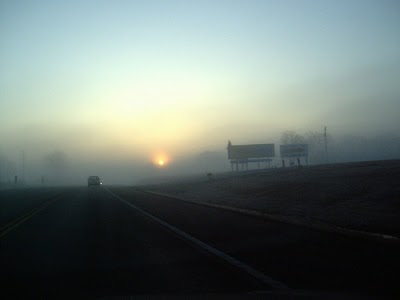 2. I learned if the sun can't cut through the fog, what chance do you have? 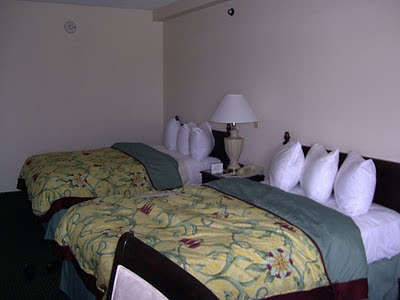 3. I learned you do not need two beds unless you have a roommate or... an imaginary friend. In that case, you NEED an extra bed and therapy. 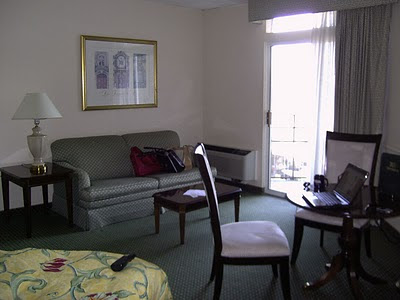 4. Or you might need two imaginary friends - one for the couch. Just be sure to keep their names straight. 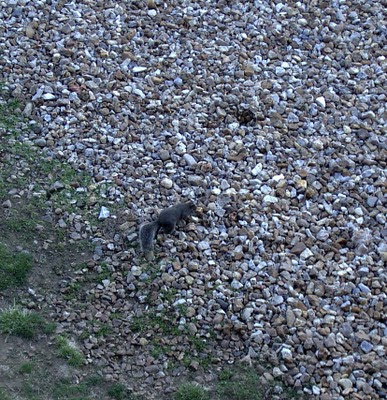 5. I learned that fat squirrels are never to be trusted. Never-ever throw french fries off the balcony...my sister says. Good thing she stopped me (over the phone), I had french fries ready to throw. 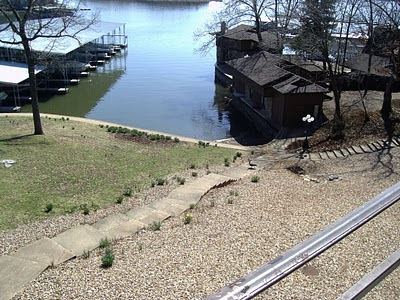 6. I learned that ducks and geese can be selfish birds and noisy when given free food-so noisy that you might need to close your balcony door to hear yourself write. 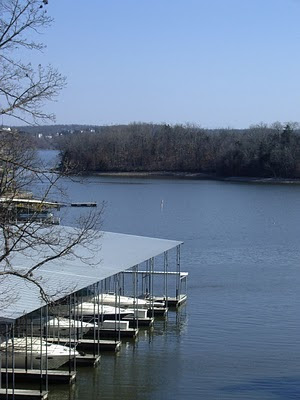 7. I learned that I need to live on or near the water. Last week, I heard the sea calling me or the lake or something calling me. 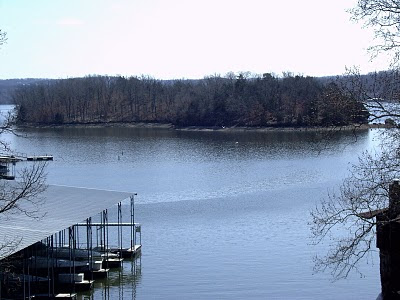 8. Or I could live on that little Ozarkian island. Can you see it from my balcony? 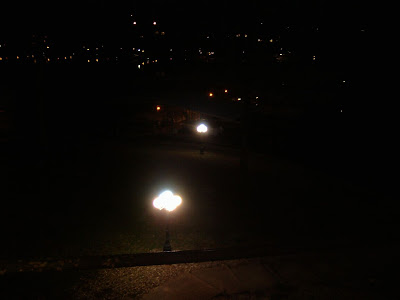 9. And I learned that even nighttime on a lake is beautiful and interesting and full of romance, intrique and murder. I made some of that up.

10. I learned you must never trust your GPS to get you to a lake resort. You could be sorely disappointed and even late and on roads that have multiple letters of K in them. I'm just saying.

It was a great conference for techies. I may have even gained a few brain cells from all the brilliant people I met. I didn't take any of photos of the conference because there were people there. I would have had to get a photo release from each and pay them a dollar bill or something to use their photo and frankly I didn't have enough money with me or money that I wanted to give up. So there you have it...

Arlee Bird said…
Looks like a nice place and nice room. Are you going to report any more about this conference?

Hilary Melton-Butcher said…
Hi Teresa .. lovely photos and post about your journey .. the photos complementing your words .. I love the imaginery friend .. I'll remember that next time!

What did you learn? Techie wise .. would be interesting to know - ten points again??

Mason Canyon said…
Love the photos. Sounds as though the conference went well and you "learned" a lot. :) I hope you had a chance to enjoy yourself just a little too.
March 23, 2010 at 6:06 AM

T. Powell Coltrin said…
Lee and Hilary, I will highlight some of it sometime. My favorite portion was the Windows 7 seminar. Boy was it popular.

Yagmur, It was pretty. The entire resort was wonderful. I wish I had time to walk it.

Joanne said…
I hear you about living near water. I live 45 minutes from the beach, and just knowing I can get there in a hop, skip and a jump means a lot. We're there often, walking along the shore, spending time at the sea. It's a special place indeed.
March 23, 2010 at 7:28 AM

Indie said…
That place looks beautiful. I was hoping you went to a writers conference!

T. Powell Coltrin said…
Jody, It was nice there.

Mary Aalgaard said…
Oh, your photos are fantastic. There's something mysterious about the fog, and dangerous if you're driving. The lakes up here in MN still have ice on them, so I was drooling at the open water. Looks like it was a great place!
March 23, 2010 at 8:43 PM

Angela C. said…
At least while going to a conference you got to enjoy a nice room with a view. Did you bounce on the bed? Both of them? I would of...simply because of being told not to do it when I was a kid (ha).
Hope you enjoyed what you learned, and meeting interesting people too. Good ideas for writing.
I go to the laundry mat and that's some interesting watching and learning. Really great for characters in my writing.

Unknown said…
It sounds and looks fabulous. Glad you got to get away, even it was still work related, and you are right about burn out. Getting there.
March 24, 2010 at 10:15 PM