As of last Monday, Millie has owned me for seven months. She was nine weeks old (approx.) when I adopted her.

I had to wait until after my work day to pick her up. By then, Millie's littermates had gone home with their new people and she was all alone. From the back, I heard her hysterical screams.

I said, “Is that her?”
The shelter gal said, “Yes, she doesn’t like being left behind.”

Another shelter gal brought her out to me, both looked at me, neither seemed impressed. The shelter gal showered her with kisses then handed her to me saying all kinds of ways I was supposed to care for her. I carried her to the car with two hands per instruction by the shelter gal who brought her to me, but one hand would have sufficed.

Me the owner—you the dog, I declared in my mind, on our drive home. Later I would find out that Millie was born with her own set of rules and most of them might be at tad bit selfish. I'm pretty sure at three pounds, she was thinking, "You the human, me your owner."

It was a miserable first-night for both of us. She didn’t like being away from her warm fuzzy siblings. I didn’t like puppy crying sort of reminded me of baby crying, which makes me sad.

Here are some things I may not have told you about Millie:

* On FB, there was a long line of (crazy) women that screamed (the internet way) for one of the puppies--any puppy. It was like I was at a James Taylor concert all over again. So…
* I got nervous when one of the shelter gals on FB said yes to the screamers in the internet crowd, that the puppies were still available. I thought they had all been spoken for. So…
*I messaged the shelter gal on FB, then emailed her, then called the next day to make sure I was in line to pick one out (with longish hair) that afternoon. She told me to stop worrying and relax. (I'm pretty sure I heard her whisper through the phone, something about a crazy woman before she hung up.)
*Millie and her sibs had a story. Millie’s mother and father (a Maltese and Shih-Tzu) somehow magically, unexplainably, got together and had six puppies. At six weeks of age, the owners felt like they couldn’t take care of two adult dogs and six puppies . Five were surrendered to the shelter, flea covered and bitten. 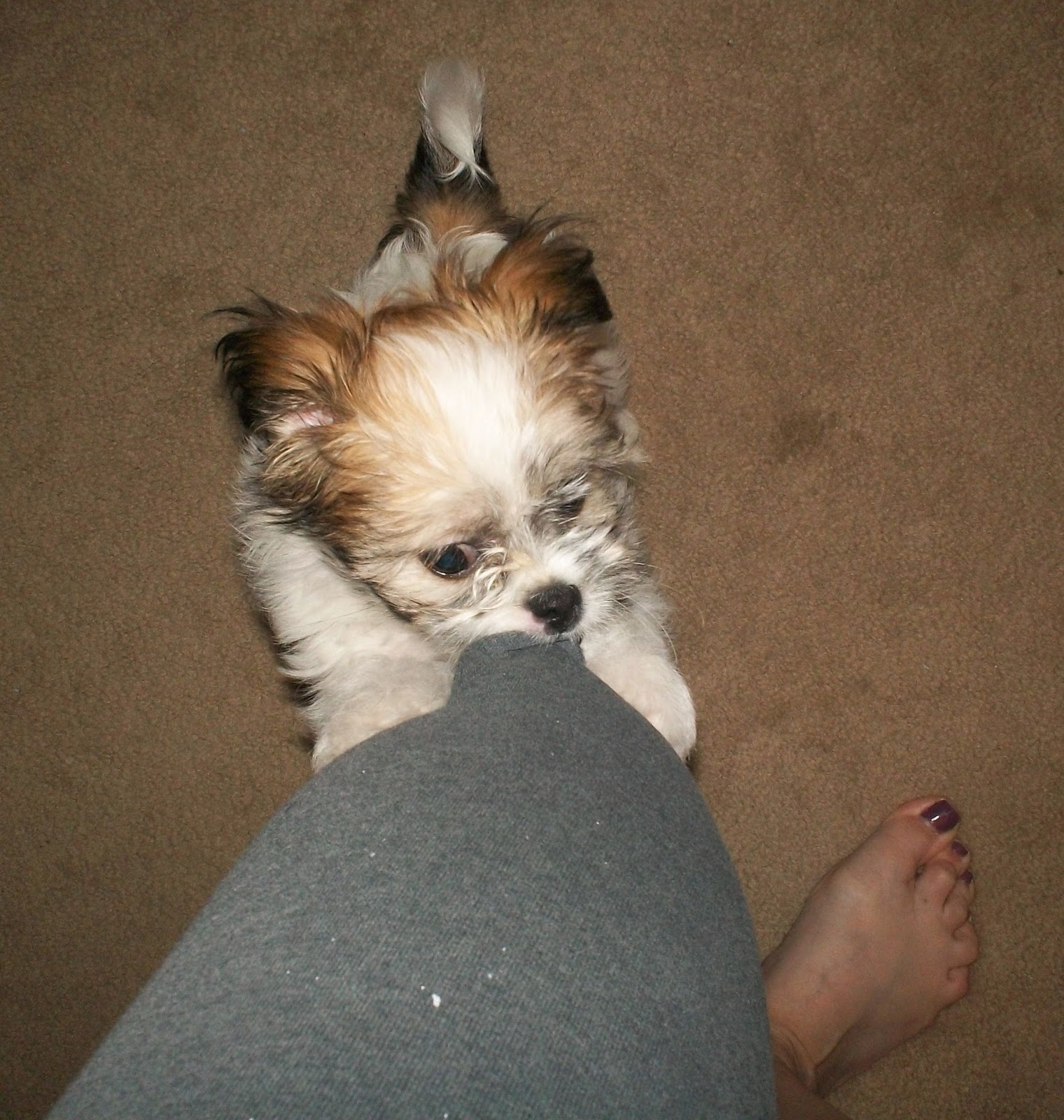 This you may remember. From the git go, Millie was sooo tiny, but mighty fast. She was also bitey, and I thought I was going to lose my mind.

Somehow we've made it this far in spite of her rules. She is the biggest clown and makes me laugh daily. Yesterday, she saw new weather in MO--snow. I wondered what rule was in place for pottying outside in the snow. Guess what? She loves snow!

She forgot about pottying, forgot about taking her time while sniffing every piece of grass, rock and air particle, forgot about eating crisp leaves and neighborhood noises. She dove in head first (wished I'd taken a picture of that) like she was diving for pearls. Millie loved snow so much that every time she went outside, the snow was deeper and she tried to eat every bit of it, in her fenced yard.

Millie would like for you all to know that she prefers hopping through the snow, eating the snow, sporting snow moustaches and freezing paws to...


...wearing her new coat and hood and posing for the camera. (New Millie rule: You can make me wear the coat, but you cannot make me smile for the camera.)
Aww, Millie, you goof ball.