A couple of months ago, I visited our school district's central office. As I walked in the door, the secretary glanced up and said, “Spell italicized for me.” 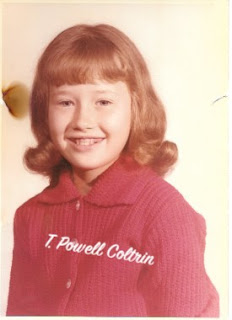 It was second grade all over again. I straightened my posture, looked straight ahead and said, “I-t-a-l-i-z-e-d. Wait,I don't think that's right.”
Just then, one of the assistant superintendents, who I consider a longtime friend, made an appearance and distracted me. I handed her an envelope, and she invited me into her office for a quick chat.
When I returned to the front office, I told the secretary that I was pretty sure I'd forgotten an “s” in italicized.
She said, “No, it was the c like in italics.”
“Spell check has ruined me!" I said for all to hear.
Someone passing by agreed about spell check.
A couple of others gathered to join the conversation.
“I mean, you're looking at a second grade spelling bee champion,” I told them. "I wasn't just cute. I could also spell words correctly."
The small crowd seemed amused. I love a good audience.


It's a true story

I was a second grade spelling bee champ! My success came in Mrs. Beulah Looney's first and second grade classes combined. Sadly by then, my second grade boyfriend, David, had moved to third grade across the hall in a combined class of third and fourth grade.
I don't remember the spelling bee, but I do remember being overly excited at the possibility of winning a silver dollar. The silver dollar had been the winner's prize for years. I won the bee, but I did not win a silver dollar. That year the prize had change to an...ink pen.
Such is my life.
Oh and the envelope that I handed to my superintendent? My resignation! After completing my 29th school year, I have retired.