IWSG for May: Reader response 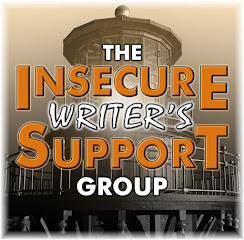 This post was written for the Insecure Writer's Support Group monthly blogging event created and brought to you by writer Alex J Cavanaugh.  Alex's awesome co-hosts this month are Erika Beebe, PJ Colando, Tonja Drecker, Sadira Stone, and Cathrina Constantine! Go say “Hey” to these awesome people. The Optional question this month: Has any of your readers ever responded to your writing in a way that you didn't expect? If so, did it surprise you

This…reminds me of the first creative writing class that I attended with my dad, in Springfield, Missouri many years ago.

I still remember the sweet souls of my classmates, various ages of adulthood. We were excited writers. Compelled to encourage each other. Not one naysayer in the group, teacher excluded.

The class assignment: Write a story. Easy peasy. We would read our story in front of the class. Say what? I did not sign up for public speaking. Potential public criticism haunted my brain.

I still have a copy of The Color Red, typed out on an electric typewriter, title provided last minute by my dad, on our way to class. The story was about this chick leaving her night class (wow, how original), late at night, to find the car she'd left parked alongside a street.

In my defense, I gave my readers (in this case listeners) clues that something would happen. Even back then, I liked when my stories intruded on the reader’s mental and emotional stability. Is that so wrong? Maybe.

I read the ending and heard the following responses: a couple of nervous giggles, one gasp and then an awkward silence. The kind of silence that makes you want to say a million rambling words to fill the space.

When I finally looked out at my classmates, all eyes were on me. Eyes that questioned, maybe wondered, could they ever trust the darkness of night or people, again? Most of their stories were feel good stories of love or experience. There wasn’t one Boogeyman story in the bunch.

“Great job,” the instructor said, startling me out of my zone. “You did your job of setting up the story to lead us to a surprise ending."

My little audience clapped for me, but I felt defeated.

At break, most of my fellow writers congregated around me saying that they liked the story and other things, but my brain would not allow their encouraging responses. One classmate explained that it would be a while before she could get my story out of her head. (I did think that was a good thing.) A couple of ladies said they were nervous to walk to their cars after class. A few of the women and one man said they would be willing to walk as a group to the cars. (I didn’t have the heart to tell them that any one those people could be a killer.) I came out of my funk and drove home happy knowing I had touched their lives in a small, intrusive way.

Have you ever written or said something where others responded in a way that surprised you?

nashvillecats2 said…
I am always suprised that anyone bothers to read what I write.
Enjoyed reading your post..... a good start to the day.

Elephant's Child said…
Your story obviously hit home.
I suspect that most readers bring something of themselves to the table - which means that they will often read a slightly different story to the one that other readers do - or that the writer intended.
May 5, 2021 at 1:02 AM

Elizabeth Spann Craig said…
So cool that you took a creative writing class with your dad! It sounds like the story resonated with them, but it was one they had to think about (the best kind!) I think some stories lend themselves better to being read aloud than others. And I despise doing public readings! I've only done 2.
May 5, 2021 at 6:06 AM

Jemi Fraser said…
You definitely caused a few ripples with that story - awesome! The dark side of things is always fun to explore!
May 5, 2021 at 9:03 AM

Roland D. Yeomans said…
It is hard when we receive jarring responses that run counter to what we hope for. Like Elizabeth. I am uncomfortable with public readings which is why I have others do my audiobooks. But Alex is right: you surprised them which is what we as writers should all strive to do.:-)
May 5, 2021 at 9:15 AM

Carol Kilgore said…
That was a way cool beginning to your writing career! I'm always surprised by what people take from things I write.
May 5, 2021 at 10:39 AM

Mary Aalgaard said…
Good job! You created an emotional response. That’s a huge compliment. How fun to take a writing class with your dad. Love your description of the class’ reaction.
May 5, 2021 at 3:25 PM

Fundy Blue said…
Your post made me laugh, Teresa. Your story certainly had an impact on your classmates! I hate walking to my car in the dark . Even in the daylight, I take my car keys out before I head for my car. Lucky you ~ I would have loved to take a creative writing class with my father. Take care!
May 5, 2021 at 11:04 PM

Kalpana said…
Your story seems to have had the desired impact. I'd be afraid to read it because walking to my car at night is already an action requiring great courage.
May 5, 2021 at 11:11 PM

Hilary Melton-Butcher said…
Hi Teresa - I bet they were so surprised at your story ... and probably were jealous of your creativity - but amazing reactions - congratulations. Lovely to do it with your father, but noted the comment re the teacher: sad ... all the best for these times - Hilary
May 6, 2021 at 3:05 AM

Natalie Aguirre said…
That's great that you took the class with your dad. It kind of sounds like a response you would want because they were really moved by what you wrote.
May 11, 2021 at 1:05 PM