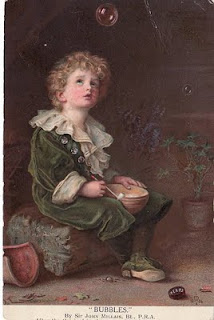 I went to a memorial service for Jesse this weekend. He was 23 years old when he died last week of cancer. He fought very hard for 1 ½ years against the disease.

His family didn’t want his service to be sad, they wanted a gathering of happiness and joy and laughter…and they got it. There were tears too.

Someone said he must have known somehow that he was going to die young. He married young, had his children very young, moved out of his mom and dad’s house young and started working in the real world young and…then he died young. Maybe he did know, because he certainly didn’t put off until tomorrow….

Here are some gifts that were given and received:
Laughter is more important than pouting… which is a waste of time.
Forgiveness should never be a question, because it hurts you more if you don’t.
Saying I love you should be as automatic as breathing.
Take care of your family first and foremost.
Don’t be so busy that you can’t enjoy your passion.
Don’t worry about looking silly…just have fun.
Be kind to everyone, even if you don’t feel like it.
Miracles are not just about the physical healing.

Jesse didn’t believe in organized religion. We shouldn’t put our faith in religion because it will let you down every time. However, when asked by his sweet baby sister if he still believed in Jesus, he pointed to all the tubes in his wasting away body and said "Look at me. How could I have gone through all of this and not believe in Jesus. I wouldn’t have had the strength."

His oldest little girl told someone, “My daddy is living in heaven, he is way up there, he is an angel now.” Jesse’s brother put on his own Facebook, “I can’t wait to see you again.” Hearts are broken and probably always will be for Jesse. But he would never ever want his family to stop living and loving each other.

Jesse’s family wants to remember him as the multifaceted young man that he was- fun, comedic, kind and loving- not sick and dying. That’s what I am praying for my friend L and family that they during their grieving time will also be able to laugh at Jesse’s memories. Those memories were his life and that’s what he has left them so they can carry on.

NOW let's get the laughter going, Jesse would want that. If you have a minute go over to Indie's site and read The Tale of the Painted Lady. My country roots go deep and we're not talking about my hair, hair that I've forgotten what color it actually is. I am a country girl and I appreciate the farm. Go look at this brilliant (and I imagine difficult to photograph) blog post. I have visited this post three times. I needed the laugh. If you don't laugh then sometin's wrong wits ya.

Have a great Monday and come back later today for the Giveaway announcement!!!