I bought a new book... Cinderella...at a flea market. 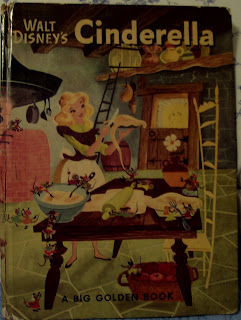 Now you might say, "Journaling Woman, you are too old for that book". But I will say to you my friend, not so when you know how much I love Cinderella and how I patterned much of my childhood after her spirit -Oh and that I am blessed with a granddaughter who is a princess in her own right and she likes Cinderella, too.

A show of hands please. Who out there loved Cinderella when you were a child?

Me? Yep. I have always loved Cinderella – not Sleeping Beauty, not Snow White, but Cinderella. Early in my childhood, I would wait for Cinderella the movie to be shown on TV. Every year I waited. Not an animated Disney movie but a Rodgers and Hammerstein musical starring Lesley Ann Warren. Sure there were other people in the movie, but to me she was the star. I can still hear her singing one of my favorite little songs in the movie. I will sing it to you. (Use your imagination.)

I'm as mild and as meek as a mouse
When I hear a command I obey.
But I know of a spot in my house
where no one can stand in my way.
In my own little corner in my own little chair
I can be whatever I want to be.
http://www.stlyrics.com/lyrics/cinderellaoriginalcast/inmyownlittlecorner.htm)
Thank you, Thank you – I do like that song. (I am now curtsying)

In anticipation, I would wait and wait for my beloved movie to appear on TV and then become, in my mind, Cinderella. For at least a week, I would put my hair in my version of a French updo and donned my mothers pearls OH OH and wore some sort of high heeled shoe because I didn't have a glass slipper – again borrowed from Angel Mom.

For a time, I became Cinderella.

Here is a little info on my girlfriend Cinderella. Cinderella was a girl of unfortunate circumstances. She first lost her mother, then lost her father to death, but not before her father provided her with a mean stepmother. She had horrible stepsisters, too. Did I mention they were all evil? (Hey, I didn’t write the story, that’s how it goes.) Anyhoo, she was banished to an out of the way room (attic, cellar, shed -depending on version) where she would have to live out her childhood waiting on her Steps’ every need while sweeping cinders. Oh and she had to wear rags. (Tears are now dripping down my cheeks. I would cry for you too, if you had a Cinderella life.)
But Cinderella also had some good things going for her:
• She was pretty
• She was good
• She had a fairy godmother
• She had mice friends
• She had a pumpkin patch that would later come in handy
• But most of all she had a positive attitude and she had hope!

Here is her story in a nutshell, with a few of the beautiful old pictures from "Karen" someone's book. 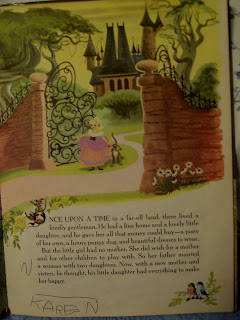 Once upon a time there was a girl named Cinderella, who had the misfortune of becoming an orphan and was left in the care of an unforgiving stepmother, who only cared about her daughters. But she did what she was told- toiling every day to the commands of her elder. She dreamed of a better life, and like most girls believed her prince charming would one day show up on that proverbial white stallion. 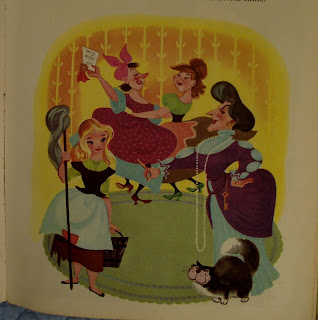 Opportunity knocked at her door. The King and Queen would hold a Royal Ball for their son, so he could meet the eligible young ladies of the kingdom. But, her stepmother would never let her go. 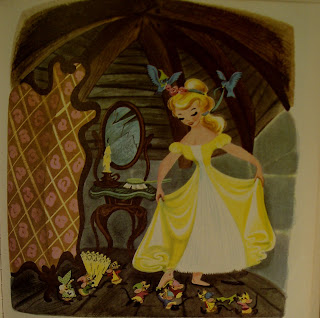 But Cinderella had friends in low places and they all worked together to send Cinderella to the ball.

She went to the ball in a dress made by mice, pumpkin turned into a coach, a rat into a horseman and so on. Cinderella had become a Princess. (Ahhh) But there was a slight catch.... 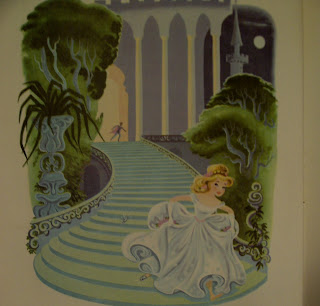 Cinderella had to leave before midnight because her dress would turn back into rags, her coach into a pumpkin, her princess world into cinder filled world. But she left behind a clue - a glass slipper that conveniently fit only her. 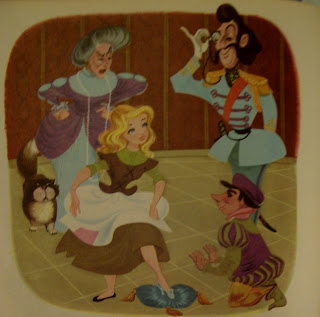 But the Prince was so in love with her that he had his people search the entire kingdom using the slipper to identify his princess. Her stepmother was not a happy camper when the glass slipper fit Cinderella. 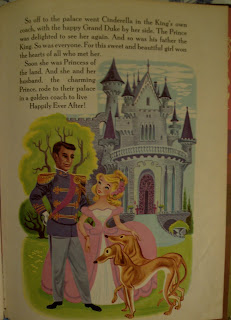 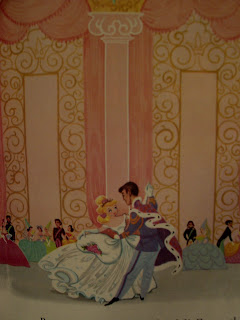 7 comments
Welcome to Journaling Woman- a blog where I'm allowed to write whatever is on my mind.What a novel idea!