Funny story or is it?

I keep some receipts, of some purchases, in case I need to return something. So when I saw Millie chewing on one, I wrestled her for it. I won, except, she ate the corner. Millie eats a lot of things. Some I know about, some I don’t.


As I looked over the receipt, it took me a few hundred couple of minutes to remember what I had purchased. 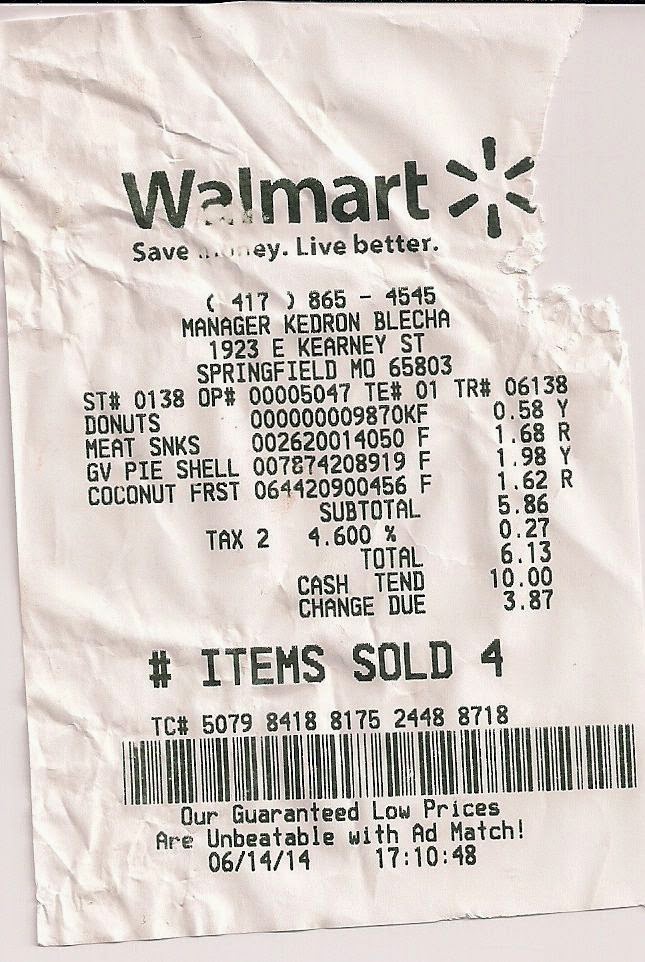 The receipt told me I purchased:
Now back to the meat snks. On that day, I saw beef jerky in the checkout line. Tempted, because I was starving, I thought I would buy one little beef jerky to snack on—until I could eat lunch for real. I DID NOT have my glasses on when I picked up a “meat snk”, but did notice it was Jalapeno and returned it to the box. Then I saw the box I needed below it. It read Original or so I thought. I picked up one.


I checked out, opened the jerky in the car and pulled out on the street to drive home then bit into it. My first chew was the yummy, heart clogging beef jerky taste and then I noticed it was spicy. I took another bite and it got spicier—NO hot. For some stupid reason, and I cannot tell you why, I took another bite and my mouth lit on fire. Now I hold the package at arms link (because that's how I see when I'm not wearing my readers) and see it is Tabasco flavored. I take a quick drink of water and my mouth gets hotter.
Funny story or is it? I did learn from it; always use your glasses to confirm purchase choices. I hope I learned.


Millie Meets a Neighbor
I see one lovely set of neighbors (nearly 38 years we're together) to the east of my house:
My western neighbors, I see more because the woman is my son’s mother-in-law, but that’s another story.


While walking Millie in the yard this weekend, my eastern neighbor comes out of her screened in porch and yells my name. She was curious. Who is this new puppy? What is she? Did she belong to my daughter?
I said she is Millie, a Mal-Shi and she’s mine.


Eastern neighbor said that:
She also asked about my son. (He has three therapies and two doctors appointments this week. Pray for him and especially my daughter-in-law).


I told her that: 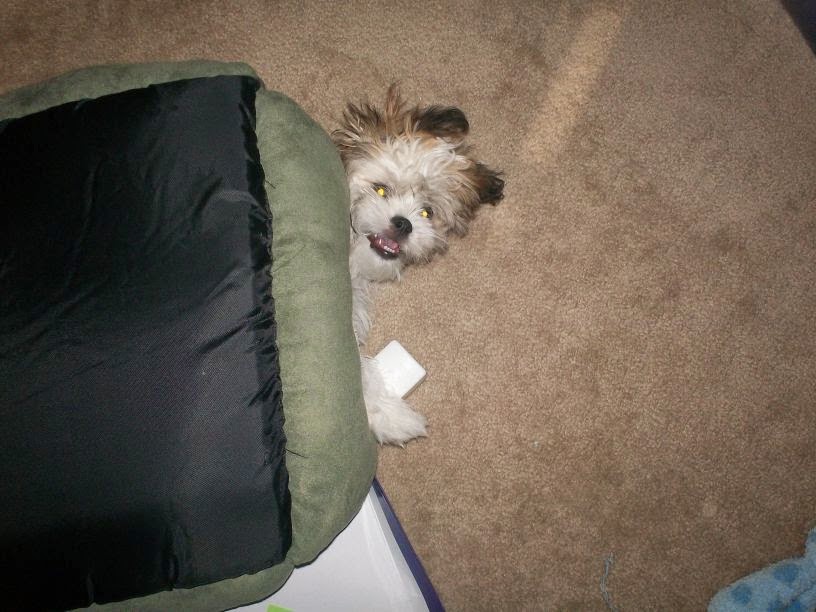 This is Millie overstimulated by play. So I turned her over in her bed. She chose to stay under it and attack it and me as needed. 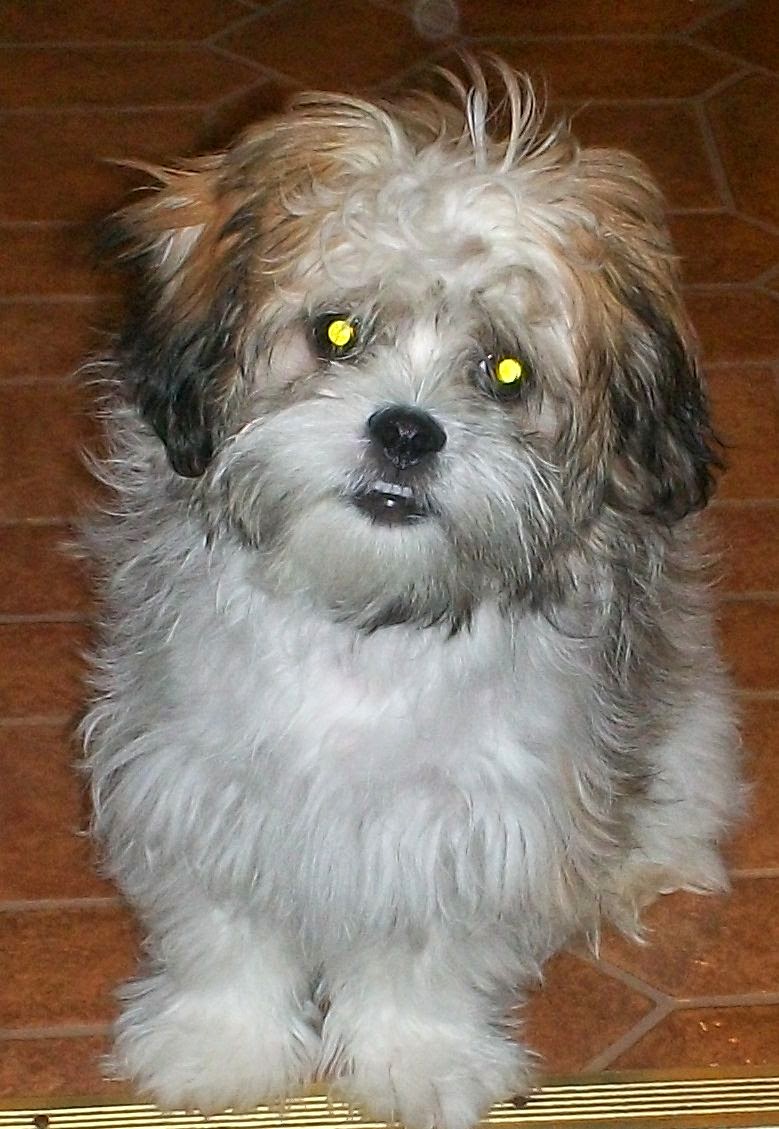 This is such a good photo of Mills and yet I can’t get rid of the green eyes. I’m bummed. I have a fix for red eyes, but not green or purple or...well you know. Any ideas on getting rid of the green eyes in her photos? Or how to perform an exorcism?
Have a great week!
Email Post
Labels: JW and Millie JW's Friends JW's Furry Friends